"But step by step, as it is believed we are going to clear out or be thrust out of India,
so this tremendous rivalry and hatred of races springs into life again.
It is becoming more acute every day.
Were we to wash our hands of all responsibility and divest ourselves of all our powers,
as our sentimentalists desire,
ferocious civil wars would speedily break out between the Moslems and the Hindus.
No one who knows India will dispute this." 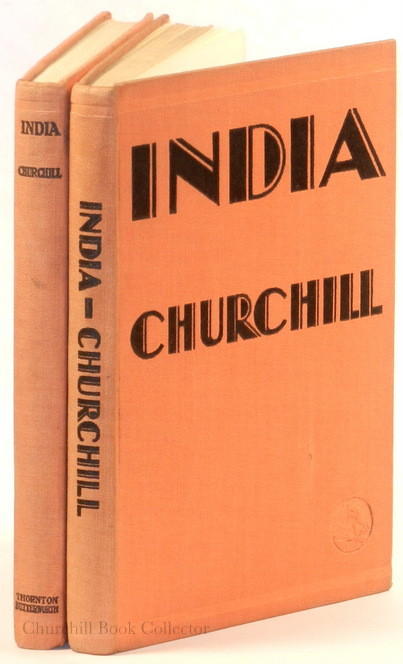 India is a collection of 10 speeches by Churchill as part of his campaign against the India Bill over which he broke with his party leadership. Though his cause was lost, these speeches are considered to contain some of the finest examples of Churchill's rhetorical brilliance.

Clearly, Churchill did not adopt an early progressive attitude toward relinquishing control over the crown jewel of Britain's colonial empire.  It is instructive to remember that Churchill spent formative time as a young 19th century cavalry officer fighting on the northwest Indian frontier, about which he would write his first published book.

It is easy to remember that Churchill uncharitably called Gandhi "... a seditious Middle Temple lawyer... now posing as a fakir, striding half naked up the steps of the Viceregal palace to parley on equal terms with the representative of the King-Emperor."  However, it is also instructive to remember that many of Churchill's dire warnings about Indian independence proved prophetic.  Churchill had warned that too swift a British withdrawal from India would lead to bloody civil war and sectarian strife between Hindus and Muslims, Hindu domination, and destabilizing political balkanization of the subcontinent.  All came to pass and much persists to this day. 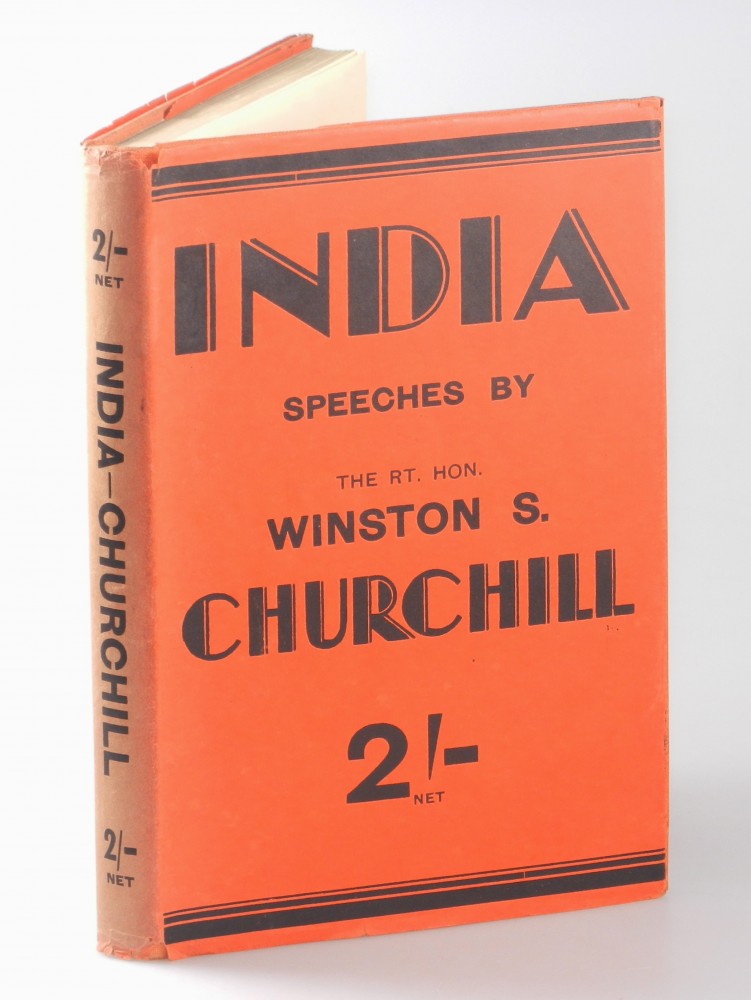 The first edition is most commonly found in orange paper wraps. However, there was also a hardcover binding, itself with two variants - one with the spine title reading horizontally and one with the spine title reading vertically as it does on the wraps issues.  Per Churchill Bibliographer Ronald Cohen (pp. 372-375) the horizontal title binding preceded the vertical title variant.  Hardcover copies were issued in a striking orange dust jacket.  Note that the dust jackets feature a unique price on the front cover and spine and that the spine title always reads vertically, even if the binding beneath bears a horizontal spine title.

Hardcover first editions are quite considerably rarer than their wraps counterparts and command a premium.  Jacketed hardcovers are rarer still and on the infrequent occasions they are seen fetch prices commensurate with their great scarcity and desirability. 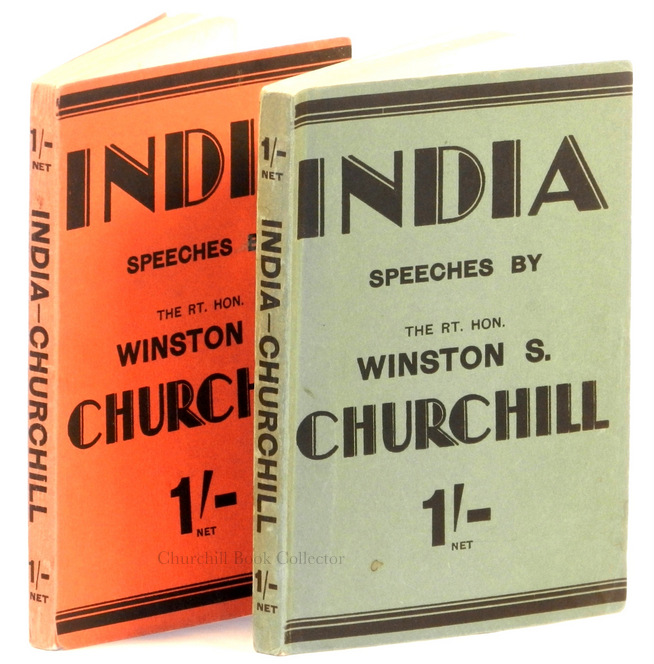 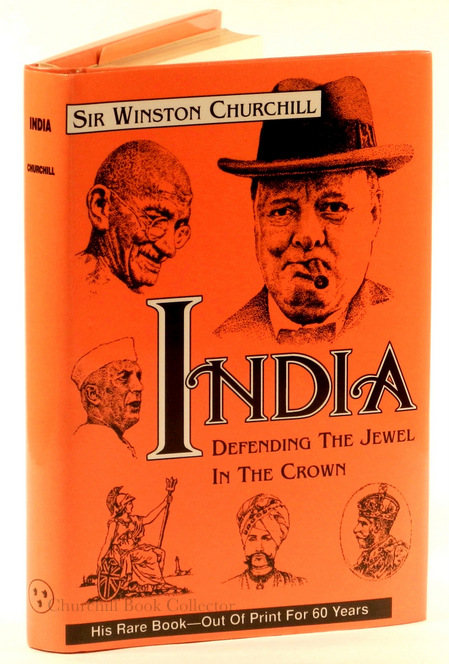 The common binding for the first U.S. edition is an orange cloth replica of the 1931 British first edition hardcover.  There were 2,000 copies published thus.  However, fire reportedly destroyed some of the stock.

A limited edition issue of 100 copies was bound in orange leather, blocked gilt in the same design and lettering as the clothbound binding, with all edges gilt, black endpapers, and a gold satin page marker.  These limited edition copies should also bear a hand-numbered limitation card laid in. 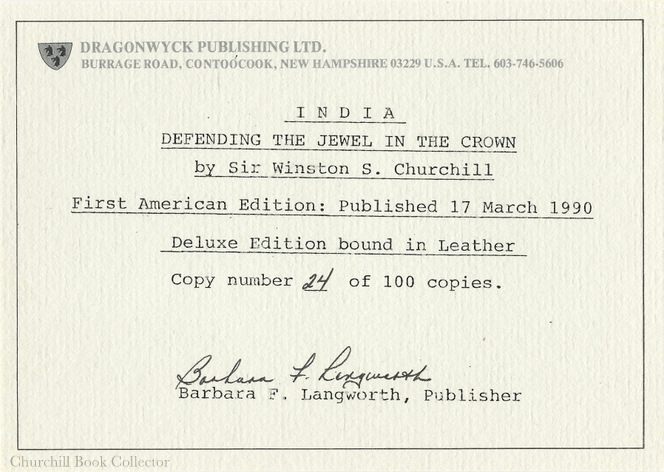 The orange dust jacket unique to this first U.S. edition is illustrated with portraits of Churchill, Gandhi, Nehru, Britannia, an Indian Rajah, and George V. London: Thornton Butterworth Limited, 1931. First edition, second printing. Hardcover. This is the first edition, second and final printing, in the quite scarce hardcover binding. India is a collection of ten Churchill speeches as part of his campaign against the India Bill, over which he broke with his party’s leadership..... More

Short words are best and the old words when short are best of all.