"...if I found the right words you must remember
that I have always earned my living by my pen and by my tongue."(Remarks of 30 November 1954)

Why Churchill?  Why should we of the complex and rapidly evolving 21st Century world be interested in the life and words of a 20th Century British statesman who had some distinctly 19th Century sensibilities?

Because of what he saw and how he wrote it.  Because we still use words to frame the world as we see it and to share what we see with others.  And Churchill both saw more and framed his perceptions more compellingly than perhaps any world leader before or since.

Statesman, soldier, war correspondent, ardent social reformer, combative cold warrior, painter - Churchill was many things, but perhaps above all a master wordsmith.  As a bookseller, we are of course inclined to look at Churchill through the lens of his writing.  And that writing is simply remarkable in scope.  Rough numbers tell part of the tale.  He published 58 books, 260 pamphlets, and more than 840 feature articles. His speeches fill 9,000 pages. He won the Nobel Prize in Literature.  And writing was his part-time job. 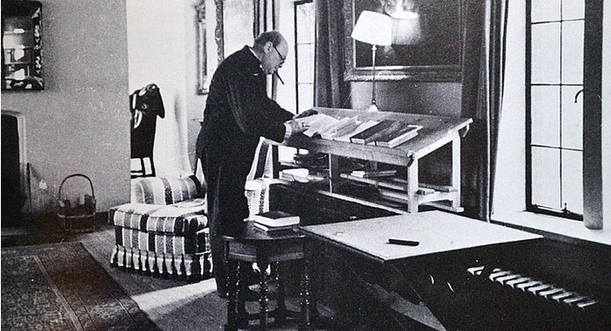 But he wasn't just prolific.  He was a terrific writer with a distinctive voice.  All of the sharp wit, incisiveness, rolling cadences, sweeping sense of history, and unusual foresight that marked his life permeate his writing.

Even so, history offers many prolific and talented writers.  What sets Churchill apart?

Churchill's extraordinary life is what so compellingly infuses both his writing and his enduring persona.  Churchill doesn't just tell a great story, he is a great story.  Since most of what he wrote about were events and issues and people and places central to his life, Churchill reinforces and perpetuates his own singularity.

Historian Sir Martin Gilbert rightly called Churchill’s life, ‘remarkable and versatile’. It has become common for each generation to claim that they have experienced more change – technological, cultural, and geopolitical – than any preceding.  Before asserting your claim, we encourage you to consider Churchill.

The young war correspondent and British imperial soldier who participated in ‘the last great cavalry charge in British history’ would later help design the tank, pilot aircraft, direct use of some of the earliest computers (for WWII code breaking), and ultimately preside as Prime Minister over the first British nuclear weapons test.  This icon of the British Conservative Party dramatically repudiated the Conservatives in his early career and spent 20 years as a Liberal, championing progressive causes and being branded a traitor to his class.  This soldier and scion of British Imperialism wrote his first published book in a tent on the northwest colonial Indian frontier.  He would later bear witness to and hold power during devolution of the British empire, along the way supporting causes contrary to prevailing sentiment of his caste and country – early and vigorously – such as Irish Home Rule and a Jewish national home in Palestine.  First elected to Parliament during the reign of Queen Victoria, Churchill would serve as the first Prime Minister under the currently reigning Queen Elizabeth II. 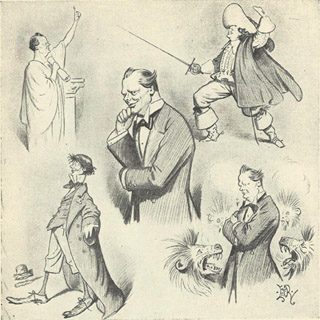 This cartoon was drawn by E.T. Reedy and published in Punch on 31 January 1912.  Titled "A Choice of Characters" it was captioned: Let's see now; shall I go as Demosthenes, d'Artagnan, Dan O'Connell-Leno, or merely the usual Daniel in the lion's den?"  A then 37 year old Churchill was First Lord of the Admiralty and already accustomed to the many roles required by public life.

Some seek to proselytize Churchill’s unerring judgment and prescience and envelop him in dull – and undeserved – hagiography.  We don’t.  Infallibility is boring and Churchill was anything but boring.  In fact, it could be said his failures drove some of his best writing.  On many occasions Churchill’s political career was viewed as all but over.  Each time it very nearly was.  And each time he took up his pen.

His epic history of the First World War, arguably some of his finest writing, was spurred by his disgrace over the Dardanelles, his subsequent political exile, and his desire to clear his name. And of course Churchill found extra writing time in the 1920s after the electoral destruction of his Liberal Party, which left Churchill without a seat in Parliament for a few years. His tremendous literary output in the 1930s was at least partially enabled by the fact that he was once again out of power, out of favor, and out of money – his political fortune ruined by his implacable opposition to appeasing Hitler and his financial fortune ruined by the stock market crash of 1929. His first, wartime Premiership was a spectacular convergence of moment and man, limning both as a glowing place in the history of leadership. His second and final premiership… not so much.

The good news for readers is that when he was wrong or intemperate or vulgar it was with Churchillian wit and panache. Churchill opposed Indian independence and called Gandhi: ‘a seditious Middle Temple lawyer, now posing as a fakir of a type well-known in the East, striding half-naked up the steps of the Vice-regal palace…’ Even the unflappable Gandhi was pricked and goaded.  As were most who suffered – deservedly or not – the scourge of Churchill’s tongue and ink. 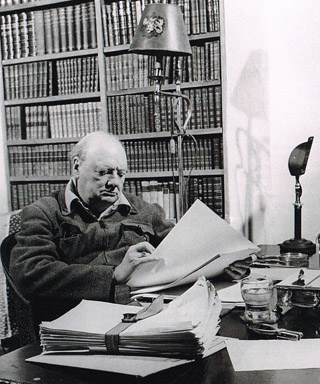 Churchill was brash and ambitious and egocentric. Nonetheless, time and again Churchill showed – both as a leader and as a man – remarkable insight, courage, resolve, magnanimity, and decency.

Often the writings of a great statesman are just a polished literary headstone, secondary to a life spent in pursuit and exercise of power. Churchill’s life was writing. He wrote before he achieved power. He wrote after power passed from his aging hands. Words – evocative, emotional, reasoning, reckoning – were his personal currency and daily essential.

Of course he wrote for practical purposes. He wrote to sustain himself and his family. He wrote to persuade and influence, and assert. But he also wrote as if words were not just a tool, but a compulsion, a part of him that he was driven to exhale onto page after endless page.  During the course of his long life Churchill left on paper perhaps more published work – and more that was revealingly himself – than any other great statesman.

But don’t take our word for it. Read some yourself…