"The preface to the first edition in 1900 submitted the book
'with considerable trepidation to the judgment or the clemency of the public.'
The intervening fifty-five years have somewhat dulled
though certainly not changed my sentiments on this point."(20 January 1956 Introduction to a new edition of Savrola) 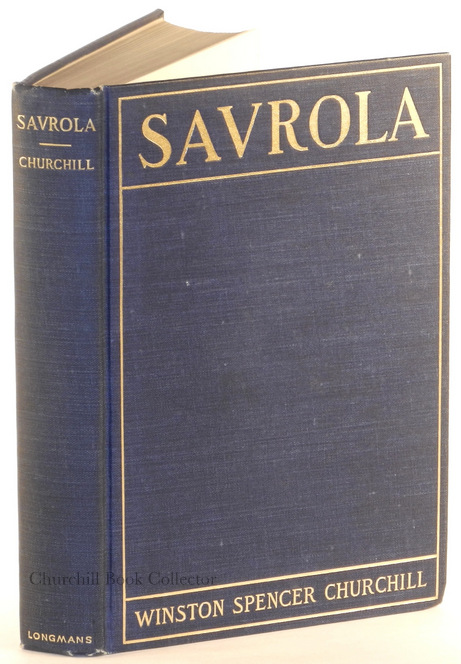 Savrola is Churchill's third book and only novel.  A very young Churchill was exuberant about publication at the time.  Even though Savrola was his third published book, it was actually the first book he undertook and the second he completed.

He would later make deprecating comments about the book. In his 1930 autobiography he wrote, "I have consistently urged my friends to abstain from reading it [Savrola]."  However, his mixed feelings about his only novel did not keep Churchill from writing a foreword to a new edition in 1956, quoted above. Irrespective of Churchill's feelings about his book, this novel certainly provides an interesting insight into the early perspective and sentiment of the then very young Churchill.

Notably, this is one of the few Churchill books for which the U.S. edition is the true first edition.  The U.S. edition is bound in blue cloth with gilt spine print and gilt rules and print on the front cover.  Publication of the first printing was 1 February 1900. 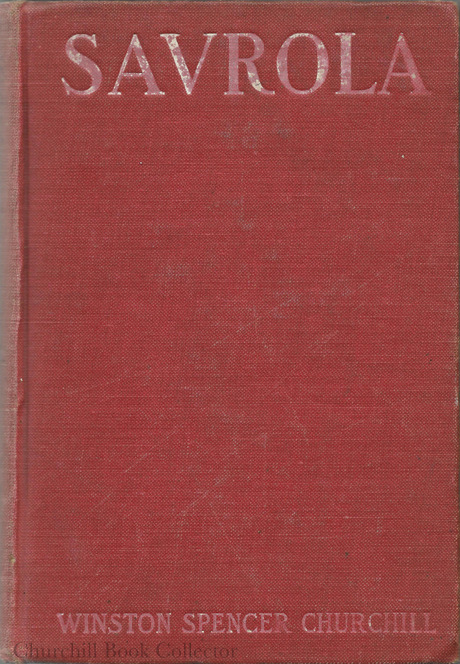 Some confusion can occur regarding the first printing publication date.  A second and final printing followed swiftly and is the source of the confusion, as the second printing copyright page states: "First Edition, November, 1899 / Reprinted January, 1900".  In his excellent bibliography, Ronald Cohen clarifies that the November 1899 date "is merely the date of registration of copyright in the United States."  Due to the serialization of the work which preceded the book publication, Churchill's contract with his publisher actually required that the book be published no earlier than 31 January 1900.  That said, the publisher's plates existed in late December 1899 and it is likely that actual printing of both first and second printings occurred in January.  (Cohen, volume I, A3.1.a, p.65, Note 172) 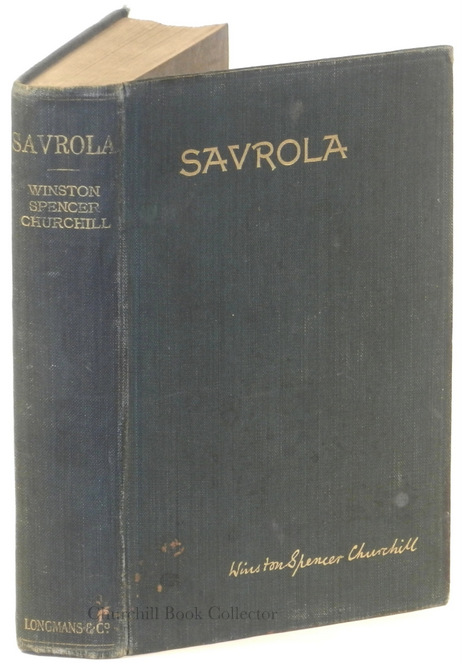 Most second printing copies are bound identically to the first printing.  However, there exist second printing binding variants in a distinctly different red cloth with no front cover rules and lettering stamped in white.  The white lettering is nearly always significantly faded in surviving copies.

The British first edition was issued from American plates, with only 1,500 copies of the first printing published on 12 February 1900.  It is bound quite differently from its U.S. counterpart, in green cloth with Churchill's facsimile signature in gilt on the front cover.

There are two states of the first printing, the second state distinguished by a title page cancellans with a blank verso. 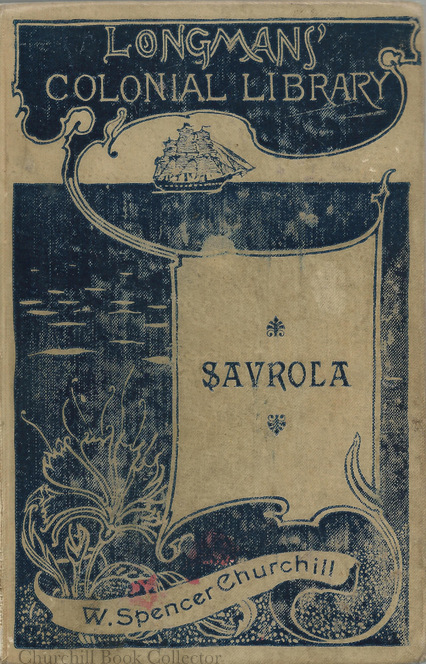 There were apparently second, third, and fourth printings of the British first edition in February and March, but all three printings following the first are identical to one another and nearly identical to the first printing, distinguished only by the words "NEW IMPRESSION" on the title page.

There was also a Colonial Library issue of the British first edition.  This distinctive issue was published concurrently with the first edition,  bound both in paper wraps (for understandable reasons, few such copies survive) and in a hardcover cloth binding with the striking Longmans Colonial Library design featuring a schooner at sea filling the front cover.  Only Churchill's first book, The Story of the Malakand Field Force, and Savrola were issued thus in Colonial editions.  The Colonial edition of Savrola is both highly desirable an 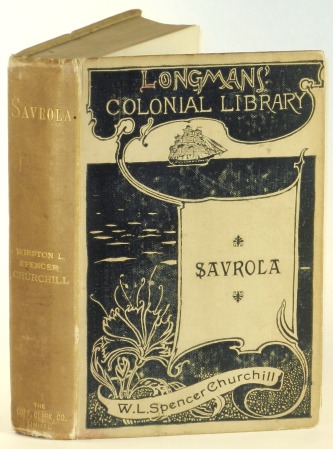 d quite elusive.  As with the British first edition, there were second and third printings of the Colonial Library issue, distinguished only by the words "NEW IMPRESSION" on the title page.

An extremely rare Canadian issue was made using U.S. plates and a Colonial Library-style binding, differentiated by the Canadian publisher's name - The Copp Clark Co., Limited - on the spine and title page, and by including of Churchill's initial "L." in the front cover banner bearing the author's name. There also appears to have been a paperback or "wraps" issue of the Canadian issue. The copy pictured here is an advance review copy of the Canadian issue bearing the publisher's review slip within. The final line of the review slip states "The price of the book is $1.00 for Cloth; 75 cts. for Paper." This decisively corroborates that there was a wraps Canadian edition of Savrola. 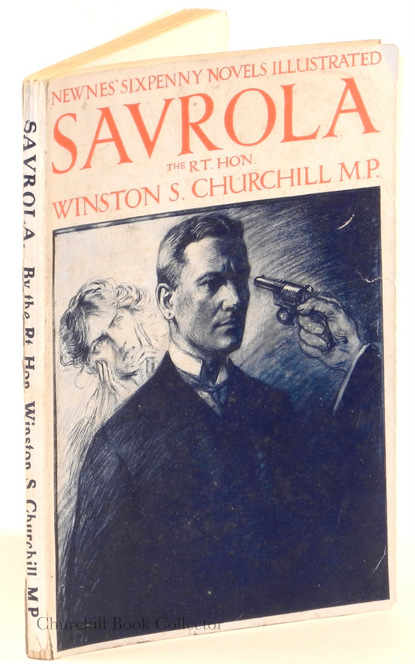 In addition to the British and U.S. first editions and the Colonial Library issue, one other early edition merits mention - the paperback first illustrated edition, which is certainly collectible in its own right.

The first illustrated edition of Churchill's only novel is a paperback reprint published on 10 May 1908 as part of publisher George Newnes' “Sixpenny Novels Illustrated” series.  The front cover bears a dramatic illustration and there are two full-page illustrated interior plates on coated paper (one at the frontispiece and the second opposite p.30).  As a pulp paperback from the early Twentieth Century, it is obviously scarce and most often seen with significant wear, damage, and losses.