"The tale that I have to tell is one of frontier war.
Neither the importance of the issues, nor the numbers of the combatants,
are on a European scale...
Yet the narrative may not be without interest, or without material for reflection...
on the frontier, in the clear light of morning,
when the mountain side is dotted with smoke puffs,
and every ridge sparkles with bright sword blades,
the spectator may observe and accurately appreciate all grades of human courage...
devotion and self-sacrifice... cool cynicism and stern resolve... savage anger and dismay...
will be as clearly displayed as on more historic fields".

(The Story of the Malakand Field Force, Chapter I, p.12) 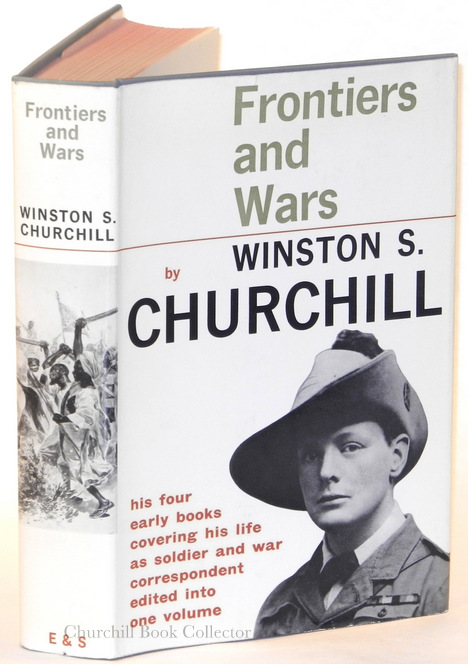 This is a single volume abridgement of Churchill's first four war books - The Story of the Malakand Field Force, The River War, London to Ladysmith, and Ian Hamilton's March - covering his early career as soldier and war correspondent.  The publisher states, "they have now been edited into this single volume, and while they have necessarily been abridged, they show in full measure the splendid march of the narratives and the force of the author's style."  The title of the work is derived from Churchill's compelling narrative in the first Chapter of The Story of the Malakand Field Force, quoted above.

Who performed the abridgment is not known to us.  Though the book was published in Churchill's lifetime, it contains no new material, and Churchill was not involved in the preparation.  Nonetheless, Richard Langworth rightly calls this book "the ideal introduction to Churchill the Victorian war historian."  Langworth's appraisal accords with that of the publisher: "Throughout this volume there is that combination of sharp, personally observed detail with broad historical scope which is the author's hallmark. Reading it one feels with vivid clarity what it was like to be young and adventurous in those days. It is the portrait of a vanished age, as well as an account of some of Sir Winston Churchill's most exciting years told with his own incomparable vigour and zest." 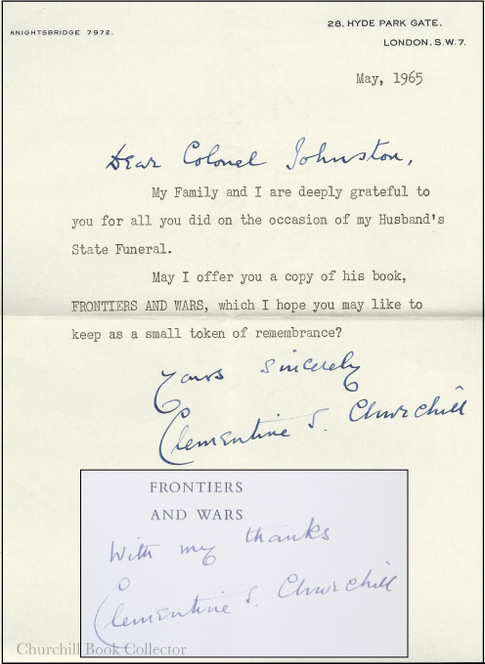 Evidently, the book was neither unknown to nor disregarded by the Churchill family, as testified by a second printing copy we have that was inscribed and presented by Clementine Churchill in 1965 to Lieutenant Colonel Sir John Johnston, who arranged the Royal Family's attendance at Churchill's State Funeral.

The British first edition is a substantial and handsome book.  The tall hardcover is bound in grey-blue cloth with a red title panel and gilt print on the spine.  The illustrated white dust jacket is printed red, olive, and black.  The lower front face features a portrait photo of an appropriately young Churchill "as a subaltern and special correspondent for the Morning Post in the Boer War, 1899."  Interestingly, This image is the same as appears on the rear dust jacket panel of the first printing of the U.S. first abridged edition of The World Crisis in 1931, billed there as "Winston S. Churchill in the uniform of the South African Light Horse."  Half of the rear cover is filled with an illustration of the charge at Omdurman from a painting by R. Caton Woodville.  This illustration wraps onto the spine, creating a striking shelf presentation of dervishes with raised swords amid the melee.

The contents are profusely illustrated.  There are 36 black and white plates, including the frontispiece.  Additionally, there are 32 maps and plans, 11 reproduced from the original editions and 21 specially drawn for Frontiers and Wars by W. H. Bromage.

Unfortunately, this handsome edition proved fragile, with the gray-blue binding easily sunned and the lovely illustrated white dust jacket quite prone to soiling and delamination.  Collector-worthy copies are thus scarce. 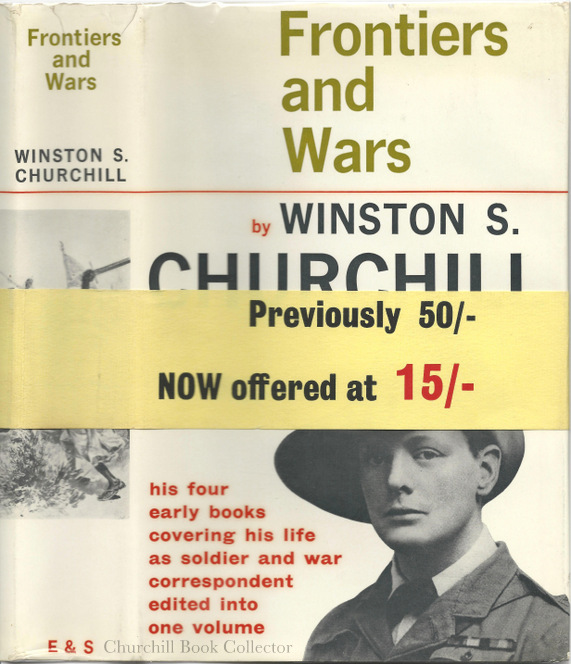 The first edition was published on 8 November 1962.  A second and final printing followed in 1962.  The inscribed copy referenced above indicates that both first and second printing copies were available for sale for an extended period, as does a first printing copy, also in our possession, bearing a yellow paper band laid over the dust jacket featuring a reduced price.

In his excellent bibliography of Churchill's works, Ronald Cohen notes that there are two states of the first edition, the first state distinguished by incorrect pagination on page 42.  Ron further notes that second printing copies are distinguished by additional head and foot bands (Cohen, Volume I, A274.1, page 1001).  However, we have encountered a first printing, first state copy with both incorrect pagination and head and foot bands.  Collectors seeking first printing copies are advised to look carefully at the title page verso and consider only the presence of the words "Reprinted 1962" as definitive in identifying second printing copies. 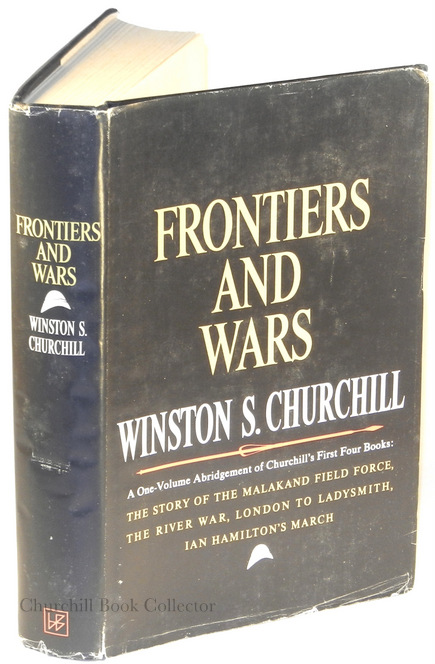 In 1962 Harcourt, Brace & World also issued a further abridgement titled London to Ladysmith and Ian Hamilton's March.  This paperback was issued in illustrated black card wraps and, as the name implies, bears only the two abridgements from Frontiers and Wars recounting Churchill's Boer War experience.